Many people believe that blue nose Pitbulls are aggressive. The aggressive image of blue nose Pitbull is due to the past of Pitbulls. Pitbulls were trained to fight in dog fights, so they competed in many fights. Also, they were used in World War. All these historical events have created an evil repute of Pitbulls in people’s minds. Even some countries and cities have banned Pitbulls. Before we discuss further, let us tell you, there is no difference between a regular Pitbull and a blue nose Pitbull, except one has a blue nose. So the behavior of all Pitbulls is the same. The behavior totally depends upon how you train them. 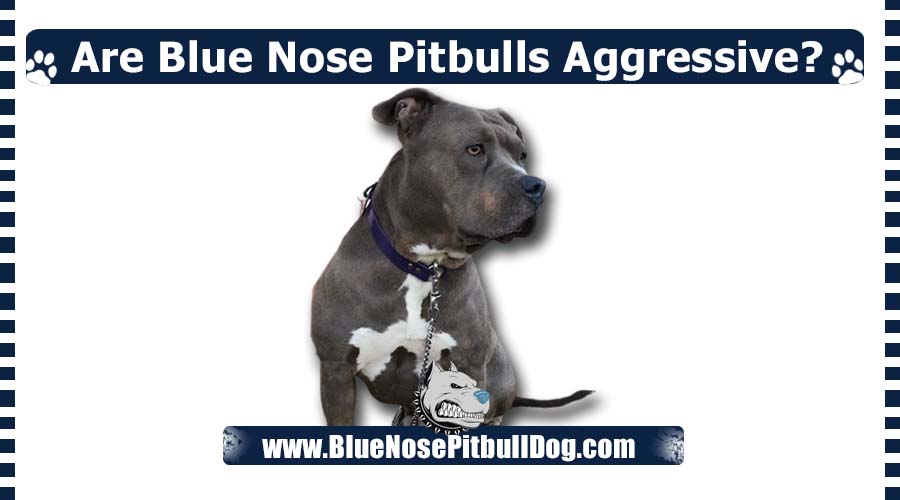 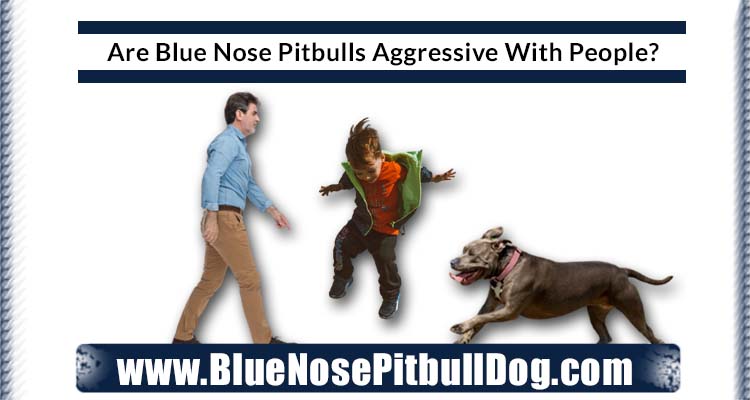 They are not aggressive towards the human. The reality is they show love to humans, especially children.  If you own and train your blue Pitbull properly, you will find it a very loving, loyal, and intelligent dog. In the 1900s, Pitbulls was given the title “nanny dog.” This title was given to them due to their loyalty and loving behavior with kids. It was the reason that Pitbulls were considered among the beloved dogs in the US and UK. If they are not appropriately trained, they can show aggression, but if you train them well, they’ll be the loving part of your family.

Remember, when we talk about any dog’s behavior, we talk on the basis of the majority of cases. A mishap can happen anywhere, anytime, and with any dog. So don’t consider, they hate humans because of a single bad incident. You may have heard the news that Pitbull attacked someone; it’s not always the case. It’s a rare incident that can happen with any dog.

Are Blue Nose Pitbulls Aggressive with Other Dogs? 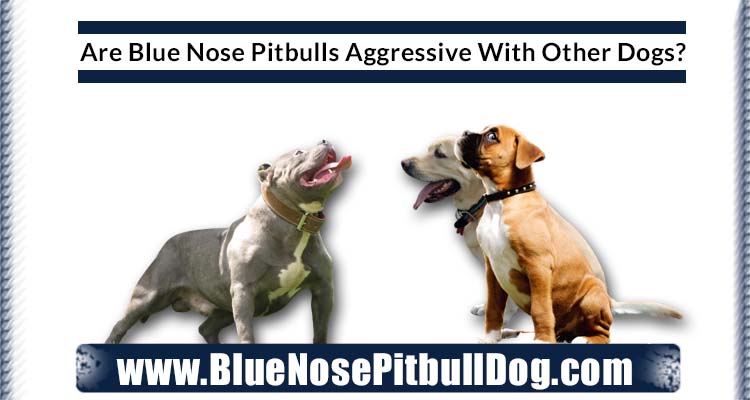 Yes, they are more aggressive towards other dogs. They hate other dogs; that’s why it’s not a good idea to pet another dog in your house if you already have a blue nose Pitbull in your home. Generally, they are not good with other dogs, but you can teach them to behave well with other dogs if you train them properly.