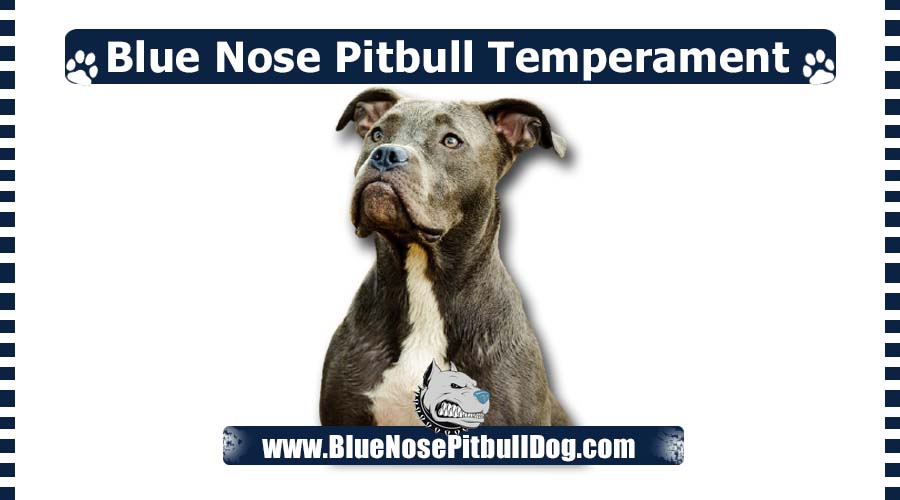 ATTS test focuses on several factors, including friendliness, shyness, stability, aggressiveness, and how the dog behaves while protecting its owner. The test takes the dog on a regular walk in the park, where the dog experience tactile, visual, and auditory stimuli. Dog faces friendly, neutral, and threatening situations. Based on these variables, they determine that either the dog can distinguish between threatening and non-threatening situations or not.

The Temperament of a Blue Nose Pitbull Dog

They are stubborn, that’s why you may find it difficult training them. If blue nose Pitbulls are up for something, they are going to do it.

They are very loving towards the human. They love their owner and the children. If you want to adopt them for your protection, they can’t be a good option, as they have a friendly nature with humans.

Aggressive temperament of blue nose Pitbull towards other animals

They are very intelligent; they pick instructions very quickly. So whatever you want to teach them, you can easily teach them. They will understand quickly and will respond accordingly.

Why are People Wronged About Blue Nose Pitbull Temperament?

Because in the past, these dogs were bred to fight with criminals and compete in the war. They were trained to compete in dog fights, fight with criminals, show aggression towards other dogs, which made these dogs aggressive. That’s why many people don’t want to adopt these dogs. Let us tell you, the aggression in blue nose Pitbull was the result of training that was given at that time. Moreover, they hate other dogs.

The blue nose Pitbull has an excellent temperament. Pitbulls have passed the ATTS test for temperament with 87.4%. They are loving, loyal, stubborn, Intelligent, but they hate other animals. Their behaviors are based upon the training. If you train them well, they will be an excellent pet dog.