Pitbulls have several bloodlines, you may hear about them, but the oldest one is Colby. Colby is the oldest and purest bloodline of Pitbulls, and the puppy produced from this bloodline having a greyish nose is called Colby blue nose pitbull. 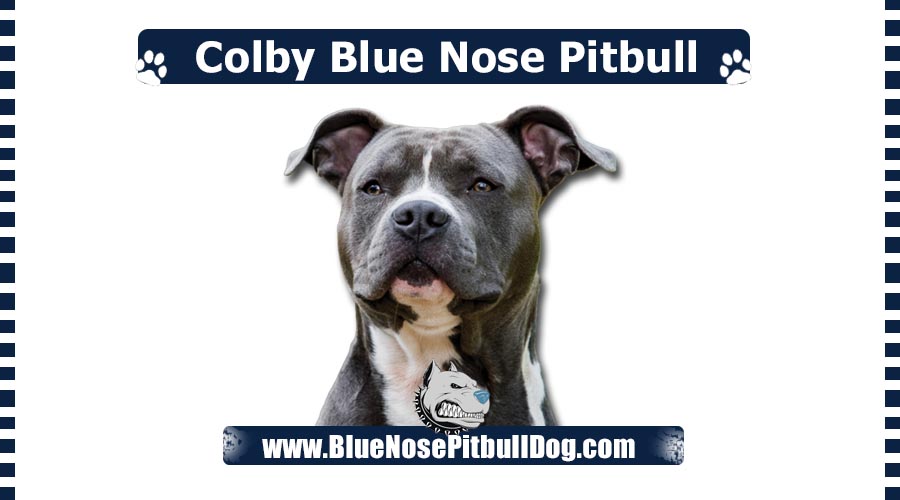 It is the most popular bloodline, which was created by the well-known American breeder John Colby in 1889. It is considered the foundation of American Pitbull Terriers. The bloodline is considered pure because it has been preserved by John Colby’s family for more than 100 years. All the dogs from the Colby family are considered energetic, smart, and achievers. They are called achievers because they try hard to achieve all the tasks given to them. This bloodline has created its strong identity that even if other breeders use this bloodline, they proudly say that it is Colby’s bloodline. 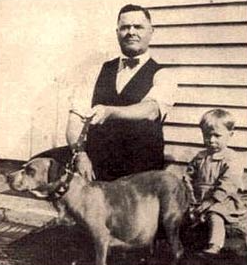 John Pritchard Colby started producing tough, muscular, and achiever Pitbulls that can perform well in fighting. He initiated the bloodline in 1889 in Newport, Massachusetts, United States. He started this by breeding some of the best dogs whose bloodline can be traced back to England and Ireland. John also did a huge advertisement for his dogs and presented himself as the best seller of fighting dogs than all of his competitors in America.

In 1909, the American Dog Breed Association (ADBA) was founded by Con Feeley and Guy McCord. They were the good friends of John Colby and also the breeders of American Pitbull Terriers. Till then, American Kennel Club (AKC) hasn’t recognized APBTs. However, these dogs started gaining popularity in the meantime. Then in 1936, AKC finally registered 50 American Pitbull Terriers. However, they don’t want to associate themselves with the fighting background of that dog. That’s why they registered these dogs under the name “Staffordshire Terrier,” which later became “American Staffordshire Terrier.” 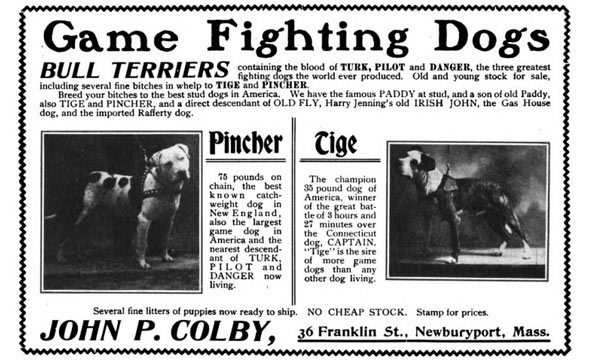 John Colby sold a lot of dogs and enhanced his business. His family continued selling these dogs and maintained the bloodline when he passed away.

Can You Get a Pure Colby Blue Nose Pitbull Easily? 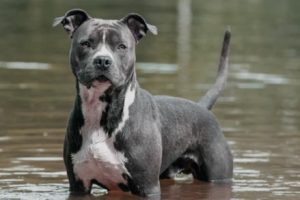 You can get a pure Colby blue nose pitbull. However, you have to be really careful because someone can easily trick you. If you start searching now on the internet, you’ll see a lot of advertisements by breeders claiming to sell a pure Colby. However, it is not necessary that you’ll get a 100% pure one because these dogs were sold so widely that they may have some Colby line blood in them. But no guarantee for 100% purity. If you want 100% pure, you have to trace back that dog’s pedigree to determine whether it is still pure.

Why Are They Expensive?

They are expensive because Colby’s blood is considered the top-notch bloodline. That’s why you have to pay more. Normal blue nose pitbull can range from $1000 to $3000, depending upon many pricing factors. But for the Colby line, expect to may more than that. There is no fixed price for it because this pure bloodline is hard to find. If any breeders actually have it, they may ask you to pay between $2500 to $25000. You may be wondering why this price range is so huge? Because it depends upon the breeder and the environment which the breeder has created for the dogs. This is just an estimate, not an accurate price.

Colby is the oldest and purest bloodline you can find. The Pitbulls produced from this bloodline are energetic, smart, and achievers. Though it is hard to find the pure Colby; however, you can find it if you do a little work and trace back the dog’s pedigree. If you plan to get Colby blue nose pitbull, we recommend buying it from a reputable breeder. They may charge high, but there will be more chances of getting a pure Colby bloodline.