No doubt, the natural look of the ears looks cute. However, some people find it a dumb look. That’s why they want to crop the ears of their dogs. This article will give you important information regarding ear cropping, benefits, and precautions. Also, we will show you different ear cropping styles for your blue nose pitbull. Remember, it will only change your dog’s look from dumb to aggressive or dangerous. There will be no difference in the dog’s behavior after this surgery. In the end, it’s up to you whether you want to crop the ears of your dog or not because some people like the cuddly long ears of their blue nose pitbull, and some want to give them a pointy look.

If you ever see a blue pitbull with pointy ears, you should know that it is not its natural look. But the look came from after going through the surgery process. The dog’s ear consists of pinna and cartilage. About 2/3rd of the pinna (floppy part) is removed in this surgery. The whole process takes around 35-45 minutes. After that, the ears are bandaged and taped in the upright direction for many weeks. After recovery, the ears give a pointy look. This surgery is also known as cosmetic otoplasty.

An Ideal Time For Ear Cropping

The right time is between 6 to 12 weeks of pitbull’s age and should be done by a professional veterinarian. It shouldn’t be done after 12 weeks because the cartilage is soft between 7-12 weeks of pitbull’s age. If done after 12 weeks, it can be a really painful process for the dog and may take a lot of recovery time. Also, it reduces the chances of ears staying in the upright position.

How And Why Did it Start?

Then owners started to crop their dogs’ ears in the dogfight to get an advantage over their competitors. Pitbulls have a history of competing in various dog fights, and their owners started to cut off their ears for getting a benefit from their competitors. They also did it to give them a fierce and aggressive look because floppy ears give a dumb look to Pitbulls. Even now, this practice hasn’t stopped yet. People still cut off their dogs’ ears to give an aggressive look to their dogs.

Why Do People Crop the Ears of Their Blue Nose Pitbulls?

People do this practice for the following reasons. However some of these reasons are facts, but the majority of them are just misconceptions. That’s why people need to clear these misconceptions if they choose to go for ear cropping due to those reasons.

To give an aggressive look

Well, it is a fact because cropped ears actually give an aggressive look to blue nose pitbull. However, people need to think about it because Pitbulls have already created a bad impression in people’s minds. Giving such a look will make their impression much worse. If they don’t follow this practice, it may change the perception of Pitbulls in many people’s minds because they look so innocent with uncropped ears.

For safety during a dog fight

We know dog fighting is wrong, and it shouldn’t be promoted because we hurt animals just for our amusement. Still, those people who participate in dog fights legally or illegally cut off their dogs’ ears. As mentioned earlier, floppy ears and long tails are easy to grab while fighting. The chances of getting a severe injury are greater for dogs with floppy ears compared to those with cropped ears.

This is a big misconception in people’s minds. Many people believe that cropping ears will enhance the hearing of their dogs. Unfortunately, no evidence supports it. Some people who believe in this statement cut the ears of their dogs. Studies have shown no positive correlation between enhanced hearing and ear cropping.

To protect from infections

This is another misconception just like enhanced hearing because cutting off ears neither improves hearing nor gives any protection from infections. So both these statements are wrong. Experiments are done on many dogs like Doberman and American bulldogs, but studies have shown no positive correlation between prevention from infections and ear cropping.

Requirement for some dog shows

Many dog shows had requirements for cropped ears or tail docking for the participants if they wanted to participate in the show. Thank God the trend is changing now, and you can participate in dog shows without going through the ear cropping procedure. However, in the current times, some dog show organizers still demand ear cropping for Pitbulls, and if you find any dog show without such a requirement, you’ll have a little or no chance of winning. Due to such conditions, many dog owners are forced to remove their dogs’ ears.

Does Ear Cropping Give Any Benefit?

Unfortunately, we didn’t see any benefit to the dog except for safety from wild animals or competing in a dog fight. However, we are completely against dogfighting. Other than that, all others are just misconceptions and nothing else. Some people consider them benefits like prevention from infection and improved hearing, but no evidence supports such statements. That’s why ear cropping is purposeless; it is a painful procedure just to enhance your dog’s look.

To be honest, there are just cosmetic reasons for ear cropping nowadays. Owners just want their dogs to stand out in the dog show. However, making your dog go through the horrifying procedure just to enhance their beauty is unethical. There is a long debate on this topic. Everybody has their own opinions, but what are your thoughts about it? Please let us know in the comment section.

It depends on the country. It is legal in some countries while illegal in others. Nine states in the United States allow ear cropping. However, all other states, including New York, Maryland, Connecticut, Pennsylvania, and New Hampshire, don’t allow ear cropping unless a licensed veterinarian does it.

Moreover, European countries ban ear cropping unless it is done for medical reasons and must be performed by a vet. Moreover, under the Animal welfare act 2006,  it is also required to refer to it as “mutilation.”

In all the states of Australia, ear cropping is completely banned unless there is a solid medical reason. Moreover, it is also illegal in some provinces of Canada. 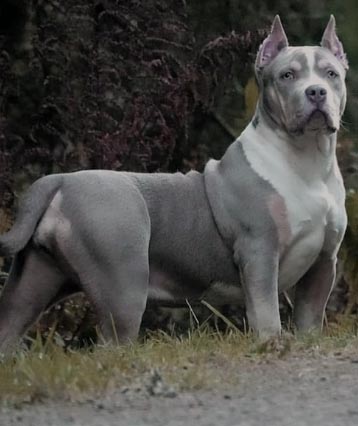 This style keeps around three-quarters of the original ear on the head while giving a pointy look to them. This style is the longest in length compared to all other ear styles. 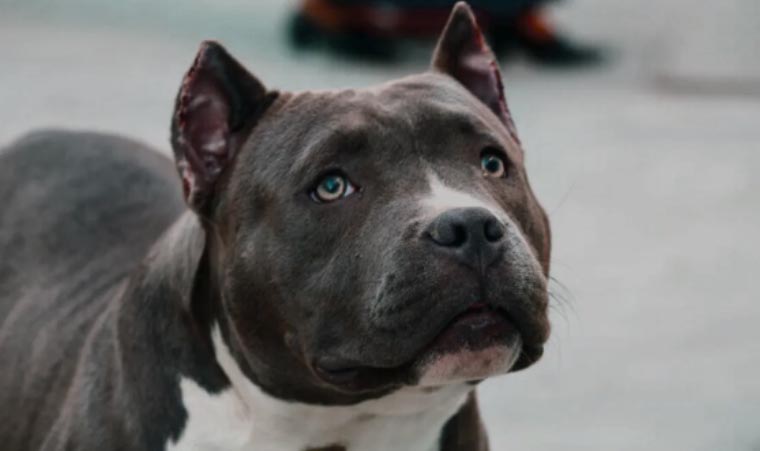 This style has the most chances of keeping the ears erect. It is shorter than a long crop but gives a pointy look. 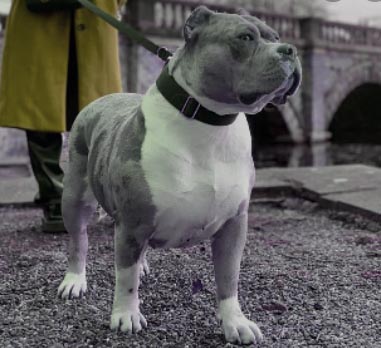 It is very small in length, which keeps only a few areas of the ears. It is shorter than the show and long crop but a little longer than the battle crop. 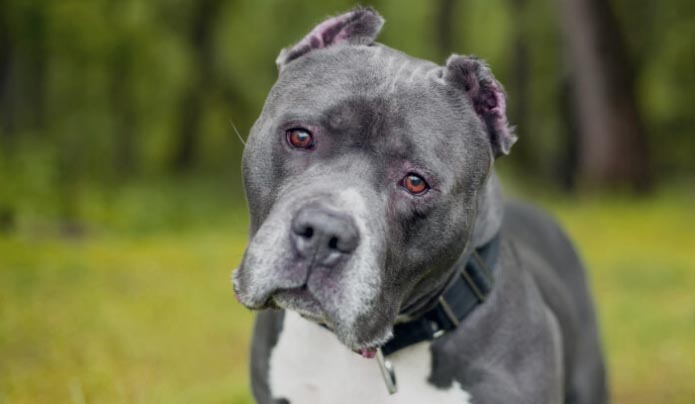 It is the shortest ear style which almost gives a flat head look. The blue nose pitbull gives a more aggressive look in this style.

Ear cropping is a controversial topic; some people favor it while some are extremely against it. However, it is not proven to give any benefit to the dog. It only gives an aggressive look. People used to crop the ears of their blue nose Pitbulls to prevent them from injuries in a dogfight, but now they do this to prepare for a dog show. It is legal in some countries while illegal in others. Whatever your opinion is about it, please read the article before going for this procedure and also look at the ear cropping styles specifically for blue nose Pitbulls shown in this article.