How Many Puppies Can A Blue Nose Pitbull Have?

It depends on their health conditions, but a medium-sized healthy blue nose pitbull can have 5 puppies litter on average. It doesn’t mean that they’ll produce five puppies in each litter. The numbers can vary between 1 to 10, depending upon the health conditions of females. Five is just an average number, which these dogs normally have in a good health condition. Various factors can influence the litter size. You can’t tell exactly the number of puppies that will be produced in a litter, but you can predict it based on these factors. Let’s discuss them. 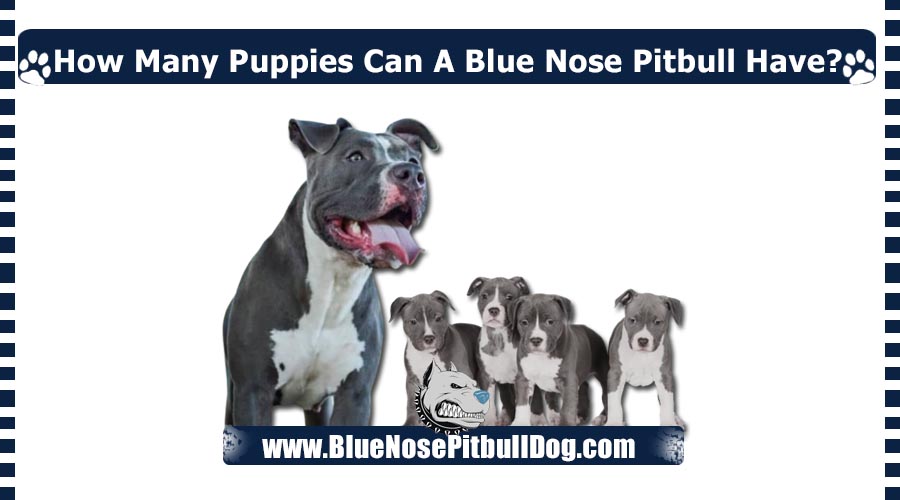 The Following Factors Can Influence the Litter Size 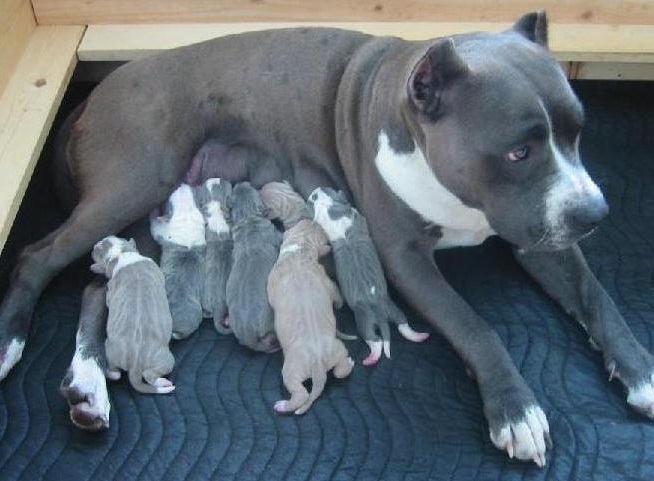 Age plays a vital role in the production of puppies in a litter. Generally, older moms produce fewer puppies compared to young moms. If they are bred at the right age, the chances of producing more puppies increase. According to many breeders, the best breeding age for a female blue nose pitbull is when she is at least 18 months old. You can attempt to breed female blue nose Pitbulls between 6-12 months of age as they get their first heat at six months of age, but this doesn’t mean that it is the right age for them. Let them complete at least three heat cycles. Otherwise, it may cause several health issues for the mom and the unborn puppy.

Though there is no age limit for female blue nose Pitbulls to get pregnant as they stay fertile throughout their lives, however, getting pregnant at an older age can cause complications and health issues in both pups and mom. Moreover, they may give birth to fewer pups at the elderly age. That’s why you should never breed Pitbulls once they become older than nine years.

She should weigh normally. Both conditions, skinny and obese, are harmful. That’s why if she is skinny, feed her the balanced diet, and if she is obese, bring her weight to normal. Breeding and unhealthy blue nose pitbull may produce fewer puppies, and also they may have health conditions.

Inbreeding also impacts the litter size. What is inbreeding? Inbreeding means breeding two close relatives when they have relatives in common. Breeding brother and sister dogs is also an example of inbreeding. It is not easy to know the exact impact it could bring, but it can affect puppies’ health. Also, it can decrease the litter size.

Just like a mother, a dad’s age can also impact the size of the litter. However, the impact is not as strong as a mother’s. But it can still have its impact to some extent. Males’ sperm quality starts to decrease with age. Once the male blue nose pitbull reaches 5-6 years, his sperm quality doesn’t remain the same. Their ejaculates tend to have a lower percentage of normal spermatozoa, resulting in low quality. The low-quality sperm tend to decrease the litter size. That’s why it is important to check the sperm quality of males before breeding.

6- Which litter is the bigger? 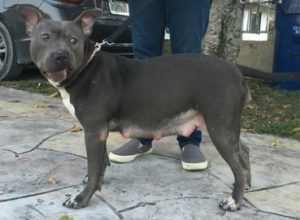 Generally, they stay pregnant for for 57-65 days with an average of 63 days. A few days of variation can occur due to several reasons. It’s hard to notice if your dog is pregnant at the start because she will gain a minor weight at the start. After 3rd or 4th week, you may see noticeable changes in her. She may suffer from tiredness, morning sickness, or start eating less.

Big litter size can be problematic for the dam. It can cause complications during delivery. Moreover, puppies may be born stubborn, and the mother dog (dam) may also get exhausted during delivery.

A blue nose pitbull can have 5 puppies on average in one litter. However, it can range from 1 to 10, depending upon many reasons. You can tell the exact number of puppies that will be produced, but you can predict it by looking at the factors mentioned above.