Merle pattern is basically different color patches or stripes on the skin of animals that differentiate them from others. It is a rare pattern that can also be found on dogs’ coats. Surprisingly, you may also see the merle pattern on coats of blue nose pitbull dogs. This article will tell you about the appearance of merle blue nose Pitbulls and how this pattern is formed? Health risks associated with it, and a lot more. Read the complete article if you want to know each and everything about these merles. 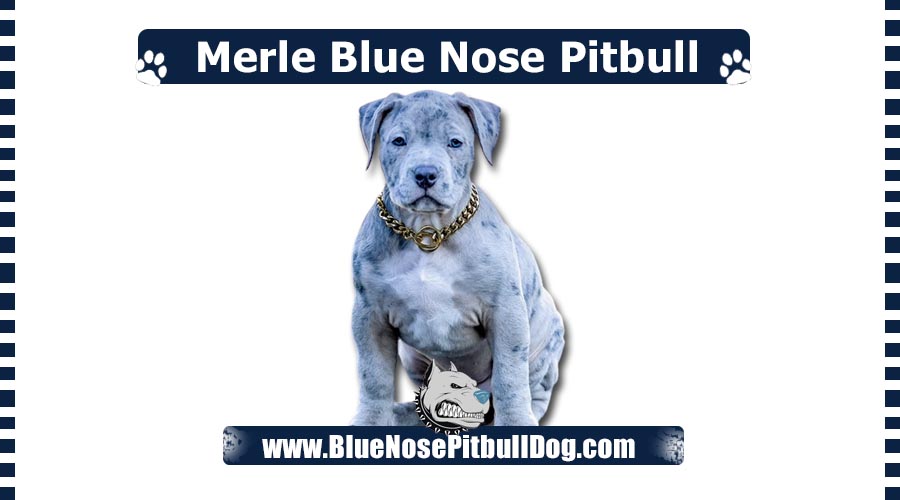 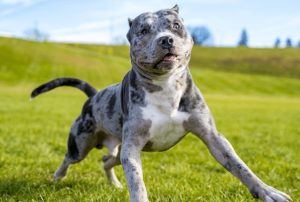 Merle is a genetic condition that produces various patterns on the coats. It not only affects the coat pattern but can also affect the eye color of dogs, making them light blue.

How is the merle pattern formed in litters?

Pitbulls don’t get the merle pattern themselves; they must have bred with another dog having the merle gene. Most probably, they are bred with Catahoula Leopard Dogs in order to produce a merle puppy. That’s how the first merle pitbull was born. Later on, you can produce merle pitbull puppies by breeding one merle pitbull with another merle or non-merle pitbull. Having both merle parents increases the chances of giving birth to a merle pup. However, producing a merle pup with only one merle parent has fewer chances, but it is still possible. Though it has fewer chances, it is a better option. Why is it a better option? Because breeding two merles also increases the chances of producing a double merle puppy, which may have to suffer from various health conditions like deafness or eye problems.

We recommend you to do a test before breeding two blue nose Pitbulls together because it is also possible that one of them can be cryptic merle. Cryptic merles don’t look like merle dogs from appearance but contain a merle gene. That’s why breeding with them also increases the chances of producing double merle. 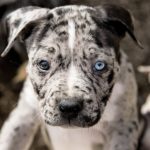 All the pitbull puppies are born with blue eyes and become darker as they become old. Puppies have blue eyes due to less pigment melanin in the body. After six weeks, when melanin pigment increases, the eye color becomes brown. However, the case can be different here. Merle blue nose Pitbulls are most likely to retain their eye color forever. Due to the presence of the merle gene, pigment can’t produce enough, and that’s how merles are most likely to retain blue eyes. 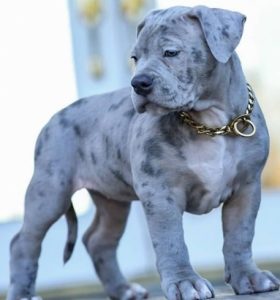 Generally, No. Because there are very few chances of bad health conditions, which mainly depends on the procedure or their breeding. The increased health risk is associated with the merle pattern, but it rarely happens; chances are even less than 3%. In most cases, they are as healthy as normal blue nose Pitbulls; they live the same lifespan and are equally energetic, smart, and athletic.

Is There Anything Special in These Dogs?

No, there is nothing special in these dogs except the coat pattern, which attracts the attention of a lot of people. If we talk about these dogs’ characteristics, health, size, energy, and intelligence, they are the same as normal blue nose pitbull. So don’t expect any additional benefit.

AKC does not recognize even the regular Pitbulls as a specific breed, so there is no chance of recognition for merle blue nose pitbull. If you want to buy this dog, you don’t have to care about their recognition people even adopt solid-colored Pitbulls, and they don’t care about it.

They look cool in this color pattern but do you know they also carry a huge price tag? Even though the difference is only in coat pattern but the price difference is huge. They are being sold at almost times higher prices than the normal blue nose Pitbulls. Price is not fixed, it depends on various factors, especially the breeder, but you can expect to pay around $9000 to $11000 for this beauty. Feeling shocked? But this is the fact; everyone takes advantage of the rarity. How can you expect breeders to stay away from this benefit? These dogs are rare because the chances of producing them are very low. Even the blue nose pits are also rare, then what about the combo of the blue nose having a merle pattern? Their rarity makes them expensive.

Merle dogs exist, and the blue nose pitbull is no exception. There is no difference between them and the normal blue nose pitbull; even the appearance is the same appearance, except for a different coat. They have irregular patches on the coat, while the other Pitbulls have a solid color coat. However, different coat pattern comes at a much higher price, but people are ready to pay just for the distinctive look. What are your thoughts about this dog? Don’t forget to share them with us in the comment section.